When hearing about Blue River Dairy’s journey to success, I can’t help but think of famous musicians – such as Ed Sheeran – who slaved away relatively unknown for years before they hit the big time.

You may have seen Blue River Dairy sheep’s milk cheese in NZ supermarkets, but the company’s reach and product range is now much larger than that as it’s enjoying astronomical growth – ranking 10th in the 2017 Deloitte Fast 50.

Gareth Lyness, Marketing and Supply Chain Manager, explains how the turning point came in 2015, as what started in 2003 as a vertically integrated sheep milking business, split when the farms separated from the plant, which was bought by BlueRiver Nutrition Hong Kong Limited.

It was after this fork in its history that things really stated to change for Blue River.

The company recognised that outside of NZ and Australia, competing profitably in the sheep’s cheese market was not feasible. Instead, they realised they needed to get into value-added products using sheep’s milk. A whole milk powder was developed to provide a shelf-stable form of milk. Commoditising sheep’s milk powder was a world first for Blue River.

Following this, they identified the area for maximising added value was infant formula in the Chinese market. So they developed the world’s first 100% sheep’s milk protein infant formula.

Then in May 2014, with the introduction of CNCA registration as mandatory for selling this type of product in China, the industry changed overnight. Blue River did not have the registration, and this drove the sale of the business in early 2015. The new owners were able to marry a product with great potential, with very strong established distribution and marketing networks in China.

This proved to be a winning formula. 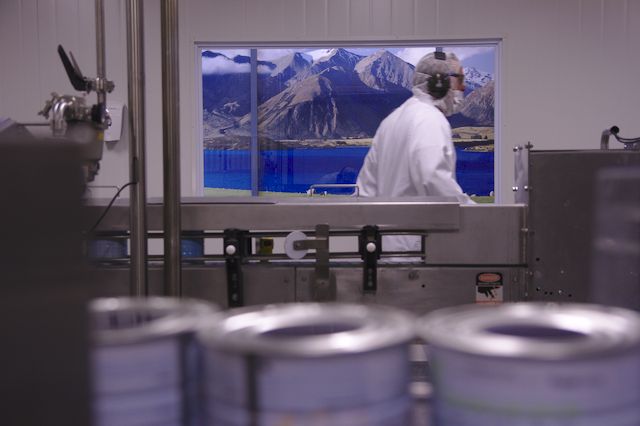 Once the business got its CNCA registration in August 2015, the re-branded sheep milk infant formula was launched into the Chinese market, selling 400,000 cans in 2016, followed by a whopping 2.7 Million cans of sheep, goat and cow formulations in 2017!

“With 445% revenue growth we were the fastest growing agribusiness in the country last year – and the only one to make the Deloitte Fast 50 list,” says Gareth.

“One of the things we did to take the brakes off our growth was to diversify. We knew we’d never get enough sheep’s milk to meet demand if we made just sheep’s milk infant formula. So we also introduced a goat’s milk and cow’s milk formula too. It made a lot more commercial sense. We already had the equipment we needed and it allowed us to produce four times as much formula.” 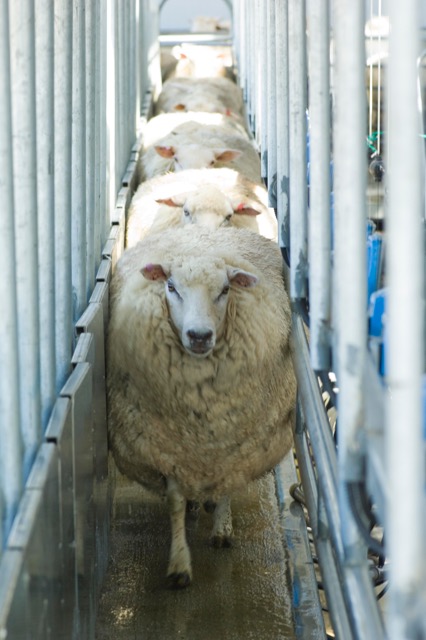 On 1 January 2018, the new CFDA regulations brought in controls to what had been 2,500 different brands of infant formula in China. They limited companies to having a maximum of three brands – which is what Blue River have, so this gave them a great opportunity, whereas other companies had to take brands off the shelves.

It also helped that Chairman of the Board, Mr Chen, has experience founding other infant formula businesses in China, and bringing them to IPO level. His market knowledge and distribution channels – relationships with lots of baby store chains for example – have been key.

Gareth says the company’s rapid growth and need to scale really quickly has been achievable through really good partnerships and having an incredibly nimble, resilient team of staff who have embraced the challenges.

“We’ve recognised that we can’t do everything alone.  We partner with other Kiwi manufacturers who produce the base powder for us, which we dry blend with other ingredients. It’s great that the economic flow-on effect from our business means there are other Kiwi businesses benefiting – be it through freight, storage, manufacturing, or supply of services and materials.”

Catherine Beard is Executive Director of ExportNZ, which serves its members via regional offices throughout the country.

Under the astute leadership of Rodney and Angela Sharp, Progressive Hydraulics is a Kiwi exporter that has continuously challenged the limits of innovation to create revolutionary products. Using an in-house design team and specialised 3D modelling tools, Progressive...